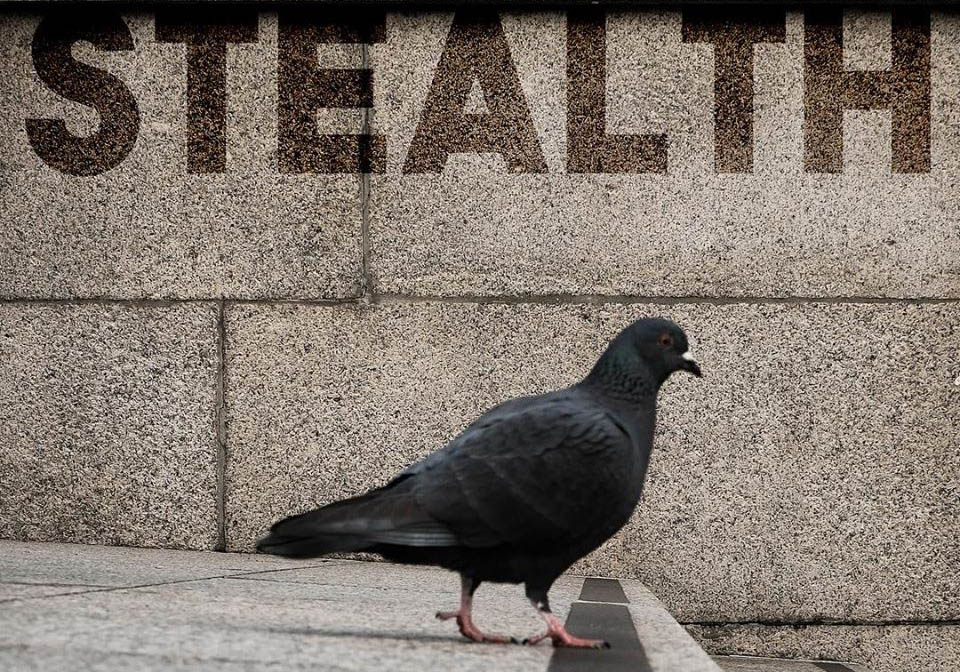 We often get asked why are pigeons grey with such distinct feather pattern. The answer is disruptive camouflage against the urban backdrop. A hidden pigeon makes for a stealthy pigeon. This theory was originally developed by the military for going into battle. Military camouflage is made up of random shapes, varying the colour tone of the background. A great example is the HMS Belfast military vessel which is docked in London, shown below against the grey blue of the city. 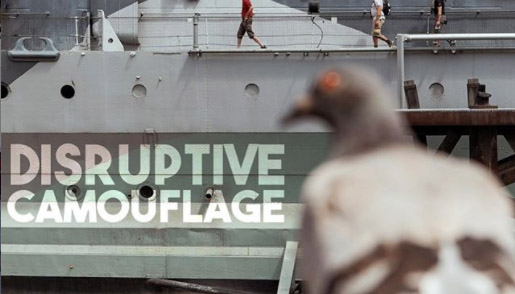 We have heard rumours already of a more covert pigeon drone prototype in trial flights. These reports came from night sightings by some of our close contacts in the local bird watching communities. Finally we caught a photograph of one during the day time. As you can see, it features many of the same pigeon markings but several shades darker, so it appears almost black on black.

As these drones have largely only been spotted during the night and the feather pigmentation is so dark, the running theory is that these pigeon drones have optimised camouflage for night surveillance.

Quite how they are altering feather pigmentation is still a mystery but assuming they’re not spray painted (as this would effect flying ability), it suggests the pigeon’s DNA has been tweaked. This marks another leap forward in the nature-bending future of biotechnology development.

In further new research, slow motion videos of drones in action reveal why pigeons bob their heads when they walk. 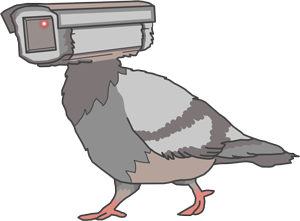