Pigeons On The Tube

The London Underground, the thriving colourful arteries pumping life around this city. The tube serves a great many purposes and the 402km network attracts 5 million passenger journeys per day. Whether you’re commuting into work, visiting the tourist attractions or looking for a one way ticket out of West Ruislip, the London Underground has got you covered. 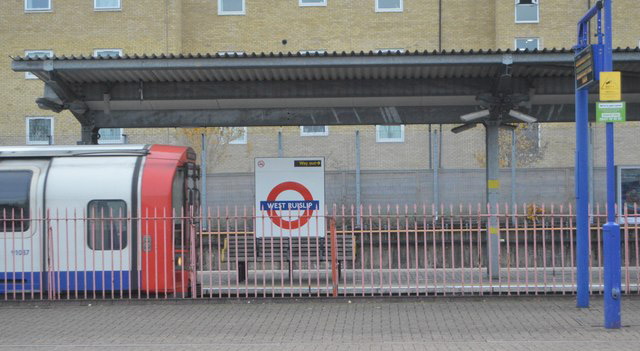 There is however, a fundamental purpose of the tube network which goes almost completely unnoticed. The 11 lines serving 270 stations about town are all relocation hubs for pigeon drones. The surveillance bots are hitching a ride around the capital and we can only conclude this is the most energy efficient way of moving them between surveillance zones.

Now clearly pigeons on the tube doesn’t look natural to your average passenger and they have been raising suspicions. 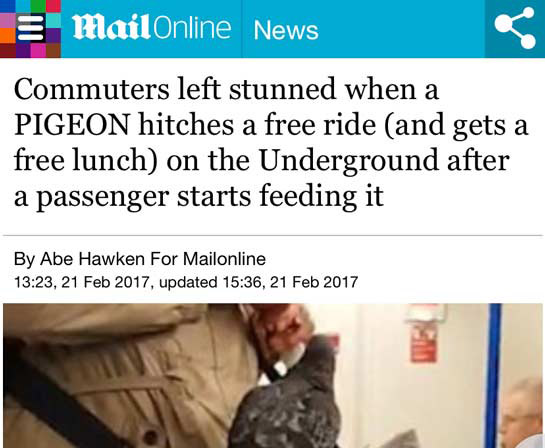 This report from the Daily Mail describes the reaction of commuters as a “bold pigeon” travelled up the Northern Line.

In a separate incident, another passenger captured this video of a pigeonbot alighting from the tube and hopping back onto the platform as the doors open. This insightful video was shared on Reddit where the comments reflect many other sightings of the same thing happening. One Redditor comments “I’ve seen loads of pigeons catch the circle line”.

Even the BBC has picked up on the news and made a rather feeble attempt to report on it, although we do admire the camerawork. Take a look at this 1:41 minute clip below from the aptly named ‘Natural World: The Unnatural History of London‘ documentary.

Whether the BBC are fully aware of pigeon surveillance drones and created this video to put innocent Londoners off the scent, or whether they are just as naive is currently unclear. “Pigeons visit stations because there are plenty of crumbs about” does not explain why they will also board a tube train and get off at another stop. Surely this is taking them away from the crumbs at the station?

Obviously food is not their motivation for travel.

“Is this a new kind of evolution?” the BBC presenter says. I may be no expert but this is certainly not the same thing as monkeys becoming humans over many millennia. The only mutation happening here is homo-sapien-made.

Pigeons on the Night Tube

The recent opening of the night tube has been another successful ploy in moving pigeon drones around the network during the early hours. All the while Londoners were convinced the service was to allow a late-night session in town without dreading the night bus home. The night tube was primarily introduced for surveillance pigeons to avoid the incredibly disorientating rush hour traffic.

Pigeons are known for their navigational abilities which is made possible by their magnetorecepetion skills. This is the ability to detect the Earth’s magnetic fields and locate where they are, making homing pigeons useful for delivering messages since Roman times. However, the hustle and bustle of the tube network proved to be too much confusion, being shooed all over the place, and as a result the pigeons were getting lost in the tunnels. The night tube allows for many of these drones to get around in the dead of night, largely unnoticed by the public.

And as if we’re not being mocked enough, take a look at the official night tube poster.

“TFL night services. Here for the night owls.” Good one. 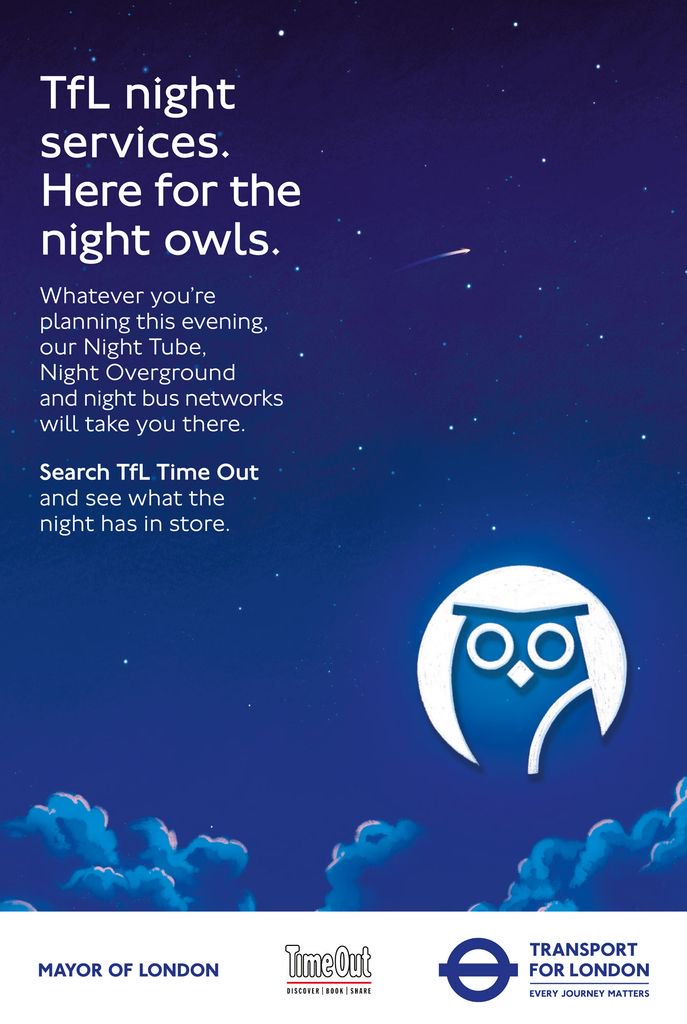 Our study of pigeonbots has revealed that these mysterious surveillance critters are truly intelligent yet particularly impartial to flying. The fact that they choose to walk around like no other bird their size is a topic we have discussed before, although as of yet there is no clear answer. We have also been receiving growing numbers of pigeonbot sightings on the tube. It appears the drones are able to use the underground network to travel around the city at ease, presumably saving battery life when they’re recommissioned to new areas. Lorna Read describes how another passenger tried to deter a pigeon which appeared determined to make its journey. "When it was shooed out just before the doors closed, it make a final frantic swoop, rather in the manner in which some human passengers launch themselves at Tube doors just before they close." As well as travel, in these times of heightened security it’s no surprise that extra surveillance would take to the tube network. Please continue to send us your underground pigeonbot sightings in this growing phenomenon. #pigeonsarentreal #londonunderground

Do not feed the CCTV#pigeonsarentreal